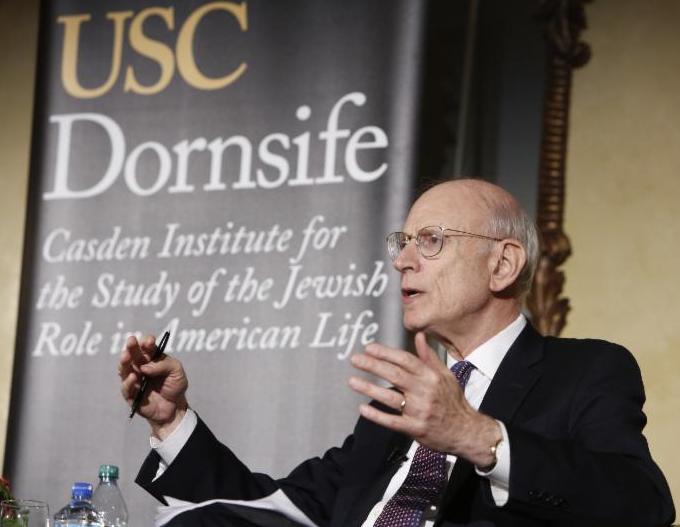 On Sunday, November 16, Defiant Requiem Foundation Board Chair Stuart Eizenstat delivered the 35th Annual Jerome Nemer Lecture at the University of Southern California Casden Institute for the Study of the Jewish Role in American Life.  Titled “How to Provide Imperfect Justice for Holocaust Victims in the 21st Century,” Stuart addressed a rapt audience of 350 guests who had just viewed a screening of the Defiant Requiem documentary.  Joining Stuart in Los Angeles was Foundation President Murry Sidlin, who joined Stuart for the post-film screening Q&A session with Nick Strimple, Profession of Music at the Thornton School of Music at USC.  The film screening was co-sponsored by the USC Shoah Foundation and the Max Kade Institute.

Stuart’s remarks focused on answering the question he first posed to the audience: “How do we best honor those who died and those who still survive the Holocaust?”  He identified five primary areas for honoring victims today: ensuring dignity for survivors; protecting the memory and lessons of the Holocaust; combatting rising anti-Semitism in Europe; strengthening the Jewish State of Israel; and promoting a strong American Jewish community.  In his address, Stuart traced the history of each pillar, including actions that governments are taking today, and priorities for the future.